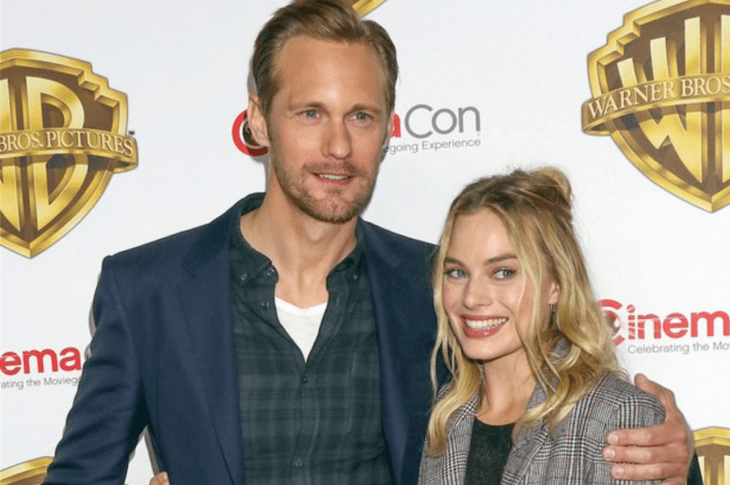 Alexander Skarsgard and the rest of the Legend of Tarzan cast are at Cinemacon in Las Vegas, where Skarsgard gave an interview to Collider’s Steve Weintraub.  Here’s a video clip of the interview.

Q: How much is is the story that people know — and how much is new, for a new generation?

A: For people that are familiar with the novel or most of the movie adaptations of it, this movie picks up eight years later….basically boy born in the jungle, he’s raised in the jungle by apes, he goes back to London where is family is from.  And our movie picks up eight years later, so when you’re introduced to the character, John, or Tarzan, he’s already been in London for eight years–Victorial London–and he’s very like, a proper, British gentleman, drinks tea with the Prime Minister in a three piece suit.  So he’s not the Tarzan that you expect to meet, the loincloth, the “Me Tarzan, You Jane” character. It opens there, then it goes back  . . . more about returning to your roots in a way .  . he goes back to the jungle where he’s from, reluctantly, because he doesn’t want to go back, so….it’s more about the process of returning to your roots, and the dichotomy of man versus beast, within him, that he’s struggling with,

Q: When you were filming the movie, any memorable moments, like a day or two that you’re always going to remember?

A: There were quite a few memorable moments….the one that comes to mind, there’s a scene when John returns to the jungle . . he’s in the savannah…and he meets these lions…that he’s known since they were cubs, and he hasn’t seen them in eight years . . . and he gets own on all fours and he greets them. ….and that lioness was played by a 24 year old break dancer from Brixton in grey pajamas … I’d never met him before, so we shook hands and got own on all fours and started grinding. . . quite a memorable moment!

Q: It seems to me like the way motion capture is making its way into Hollywood right now, and it’s almost like going to be like you’re eight years old and really exploring with your imagination when you’re acting. Is that the case?

One thought on “Alexander Skarsgard: “Why Legend of Tarzan is Unique””