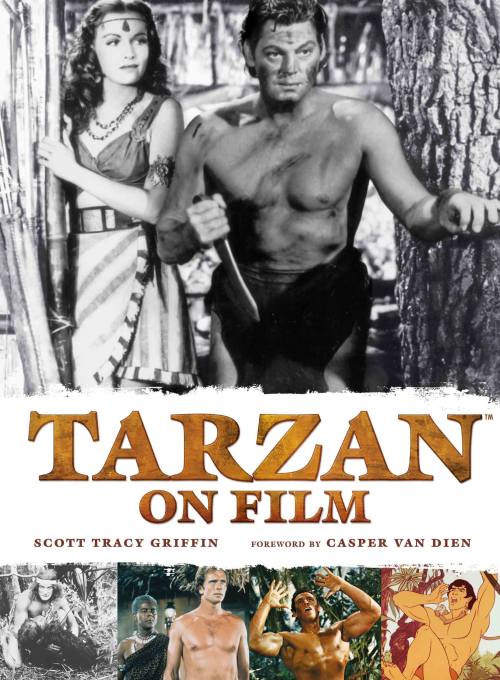 In 2012 Scott Tracy Griffin gave us the exceptional Tarzan: The Centennial Celebration — which set the bar for handsome, coffee-table books about Edgar Rice Burroughs’ jungle hero.  Now Tracy is back with Tarzan on Film, an equally handsome offering that traces the screen history of Tarzan from the first film, Tarzan of the Apes,  in 1918, to 2016’s Legend of Tarzan.  I received my copy on Thursday and initially spent a couple of hours of rapture  soaking up the rare and beautiful images.  Since then I’ve plunged into the text — and can report that that aspect of it, which is often relegated to secondary consideration in this type of book — is also a gem.  Griffin gives an incisive assessment of each movie as well as behind the scenes tales on the dealmaking and production that enliven and contextualize each film.

For those who aren’t familiar — Tracy works closely with Edgar Rice Burroughs, Inc., on these books and with the help of ERB Inc. has been able to access the archives and incorporate letters and information that aren’t readily available.  The images are crisp  handsomely presented, and the text superbly evokes of the time and circumstances that surrounded the making of each film.

The book will be released on August 2nd, but advance copies are available from the author via either the book’s Facebook Page or ScottTracyGriffin.com.

Here are seven random pages — just to give you a sense of the layout and presentation.