This was written by Rick Barry many months ago when not so many people were paying attention. I’m re-posting it — lots of great info.

From what we know about director David Yates’ new Tarzan film (due in 2016), we have every right to expect that he and his team are making a determined effort to present the hero of Edgar Rice Burroughs’ imagination and novels in first-class style.

The film will also have a specific historical backdrop, one of the most horrific genocides in modern times.

Dotar Note: Rick Barry originally wrote this wonderful in-depth post for his own blog and has been kind enough to post it here as well.   Rick is a passionate and thoughtful Edgar Rice Burroughs fan and operates the Facebook Page Tarzan the Untamed  as well as the Twitter Feed  @Tarzan2016July.  He’s welcome to post here anytime!

The production team and director for Tarzan the Untamed, the film’s working title according to reports, are the same ones behind the highly successful, final four Harry Potter films. They likely hope and plan for this Tarzan film to be strong enough to launch another multi-picture franchise. We know they hired two screenwriters to deliver separate scripts, and they chose to use the Tarzan characterization from one and the plot line from the other. The plot synopsis Warner Bros. has released (http://screenrant.com/tarzan-2016-movie-synopsis-story/) suggests that Tarzan’s aristocratic, cultured heritage will be a strong element of the film. The cast is superb and even includes an actress in the role of Kala, the ape-man’s cherished, Mangani foster mother. All these elements bolster the Tarzan fan’s optimism about their final product.

Observers have naturally focused their attention on Alexander Skarsgård, the latest Tarzan, and Margot Robbie, who will play Jane Porter. Everyone knows those iconic characters.

Who were Leon Rom and George Washington Williams?

Alexander Skarsgård can’t go anywhere these days without someone taking his picture. In March, our new Tarzan was spotted with Adam Hochschild’s 1998 book, King Leopold’s Ghost, which was of interest since it is a history of the colonial Congo – a Tarzan-era jungle. 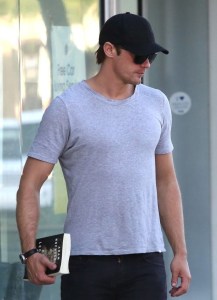 As the casting firmed up and roles were attached to actors, the über-hot Christoph Waltz was signed and identified as playing Captain Leon Rom, which piqued further interest in the Hochschild volume. The Belgian scoundrel Rom figures prominently in its compelling narrative.

George Washington Williams is one of the good guys in Hochschild’s story. In San Diego this past summer, Jim Sullos, president of Edgar Rice Burroughs, Inc., told an audience that Jackson’s film role is that of Tarzan’s “sidekick.”

The Hochschild book is an analysis of the almost unimaginable brutality of the colonial overlords in the Congo and the story of how, in the late nineteenth century, the world came to know the truth behind a fantasy carefully constructed for public consumption.

Despite its formal name, the Congo Free State was the personal property of Leopold II. The king regularly touted the humanitarian advances of his generous stewardship, which he portrayed as bringing the light of civilization to a benighted Congolese people. Not incidentally, he used some of the riches created by his Congo investment to bestow lavish public works on his home country, which further burnished the ruler’s reputation both at home and abroad. 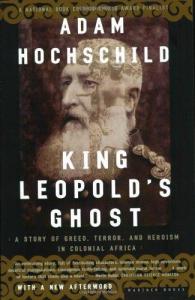 In fact, however, Leopold was operating his holding in the tawdry tradition of authoritarian despots. He had converted the country into one of the most extensive and cruel forced-labor camps in world history. He had stumbled on a largely unexplored land rich in rubber, an immensely profitable crop – if it could be produced cheaply enough.

Leon Rom was one of Leopold’s most heinous henchmen, although it is unlikely that the two ever crossed paths. But George Washington Williams certainly did meet Leopold, and he became the first observer to investigate and report publicly on the actual conditions in the Congo.

Leopold had secured international recognition for his Congo Free State in 1885, two years before John Boyd Dunlop successfully developed and demonstrated a practical pneumatic tire. The king was eager to make the most of his new property and set about to exploit its natural resources, notably rubber. He also fancied ivory – a lot. 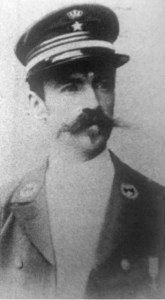 Adventurers like Leon Rom flocked to the Congo to pursue their own fortunes, because his kind was needed to get the Belgian sovereign’s dirty work done. Men who got results enjoyed extensive personal freedom in how they achieved them.

In 1890, Joseph Conrad began three years of contracted service as a steamboat captain on the Congo River. Later, in Heart of Darkness (1899), he would describe what he had seen:

They grabbed what they could get for the sake of what was to be got. It was just robbery with violence, aggravated murder on a great scale, and men going at it blind – as is very proper for those who tackle a darkness. The conquest of the earth, which mostly means the taking it away from those who have a different complexion or slightly flatter noses than ourselves, is not a pretty thing when you look into it too much.

I recently reread Heart of Darkness. (Did anyone get out of school without facing that assignment?) This time, however, the experience was even more chilling than before, because I’d read Hochschild’s book first. As a result, Conrad’s famous story reads more like history than the fantastical horror story it is often considered. 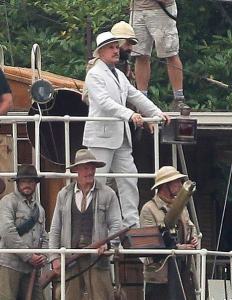 Behind the scenes: Christoph Waltz as Captain Leon Rom

Hochschild makes a strong case for his conclusion that Conrad certainly was familiar with Leon Rom and had most likely met him – and that his novella’s villain, Kurtz, had not sprung from Conrad’s imagination but was largely based on Rom. Like Kurtz, Rom became a storied, almost legendary station chief up the Congo River, deep in the jungle. Like Kurtz, Rom was both a writer and painter. And in a most macabre twist, like Kurtz, Rom decorated the grounds of his jungle home with the severed heads of Congolese.

George Washington Williams was born in Pennsylvania in 1849 and had fought as an underage recruit with the Union Army during the Civil War. Many years later, the lawyer, journalist, historian, and minister to Boston’s largest black congregation had become intrigued with reports of new opportunities opening up in the Congo. In 1889, Williams arranged a meeting with King Leopold to learn more about how black Americans who wished to relocate to the Congo might profitably assist in the king’s good works there. When Leopold learned the nature of his visitor’s interest, he did his best to dissuade Williams from embarking on a personal fact-finding mission to the colony. The more Leopold demurred, the more determined Williams was to go. 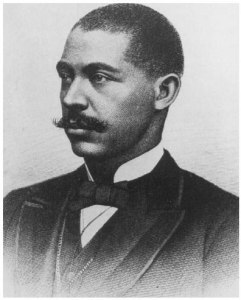 What Williams found in the Congo appalled him, and in 1890 he published the first critical report on the new state: An Open Letter to His Serene Majesty, Leopold II, King of the Belgians and Sovereign of the Independent State of Congo, by Colonel the Honorable Geo. W. Williams, of the Unites States of America. Hochschild calls it “a milestone in the literature of human rights and investigative journalism.”

What did Williams find in the Congo? Most prominent wherever one looked was the king’s personal army, the Force Publique. Leopold had employed African mercenaries since 1879, and in 1888 he formalized the arrangement. Hochschild describes the Force Publique as “at once counterguerrilla troops, an army of occupation, and a corporate labor police force,” which “was divided mainly into small garrisons – typically, several dozen black soldiers under one or two white officers, on a riverbank.” By 1900 it had become “the most powerful army in central Africa.” (IMDb identifies numerous cast members in the forthcoming Tarzan film as officers or members of the Force Publique:http://www.imdb.com/title/tt0918940/fullcredits?ref_=tt_cl_sm#cast.) 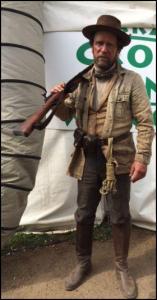 Behind the scenes: Rick Stanley as an officer of the Force Publique

The Force Publique was not restrained in carrying out its mission to supply the king with rubber and ivory. Villagers were conscripted for the cause, and their women were held hostage (and routinely raped) until quotas were filled. Entire village populations – men, women, and children – were summarily executed for any failure. “Rubber means death” became an aphorism of the Congolese. To show their superiors that appropriate punishments had been meted out, it also became customary to collect as evidence the severed right hands of executed slackers.

The Force Publique also had the chicotte. Hochschild describes it as “a whip of raw, sun-dried hippopotamus hide, cut into a long sharp-edged corkscrew strip. The chicotte was usually applied to the victim’s bare buttocks. Its blows would leave permanent scars; more than twenty-five strokes could mean unconsciousness; and a hundred or more – not an uncommon punishment – was often fatal.”

By some estimates, the population of the Congo dropped from 20 million in 1880 to half that in 1920. Leopold’s reign of terror was ultimately laid bare to the world and has been called “one of the world’s great holocausts.”

You can also watch Adam Hochschild’s 2014 lecture, “Object of Plunder: The Congo Through the Centuries,” here:https://www.youtube.com/watch?v=rLyZGTwmcRA

STORY LINE STRAIGHT OUT OF BURROUGHS’ ORIGINAL TARZAN OF THE APES

Alert reader Geoffrey A. Hammell has pointed out that this colonial brutality is precisely the circumstance which Edgar Rice Burroughs noted in the first chapter of his first Tarzan book, Tarzan of the Apes, as the impetus for Lord Greystoke’s original, ill-fated voyage to Africa. Here are the relevant paragraphs:

From the records of the Colonial Office and from the dead man’s diary we learn that a certain young English nobleman, whom we shall call John Clayton, Lord Greystoke, was commissioned to make a peculiarly delicate investigation of conditions in a British West Coast African Colony from whose simple native inhabitants another European power was known to be recruiting soldiers for its native army, which it used solely for the forcible collection of rubber and ivory from the savage tribes along the Congo and the Aruwimi. The natives of the British Colony complained that many of their young men were enticed away through the medium of fair and glowing promises, but that few if any ever returned to their families.

The Englishmen in Africa went even further, saying that these poor blacks were held in virtual slavery, since after their terms of enlistment expired their ignorance was imposed upon by their white officers, and they were told that they had yet several years to serve.

And so the Colonial Office appointed John Clayton to a new post in British West Africa, but his confidential instructions centered on a thorough investigation of the unfair treatment of black British subjects by the officers of a friendly European power. Why he was sent, is, however, of little moment to this story, for he never made an investigation, nor, in fact, did he ever reach his destination.

The filmmakers have done their homework. I’m very eager to see their final product.

JOSEPH CONRAD, WE WILL GIVE YOU THE FINAL WORD

“To tear treasure out of the bowels of the land was their desire, with no more moral purpose at the back of it than there is in burglars breaking into a safe.”